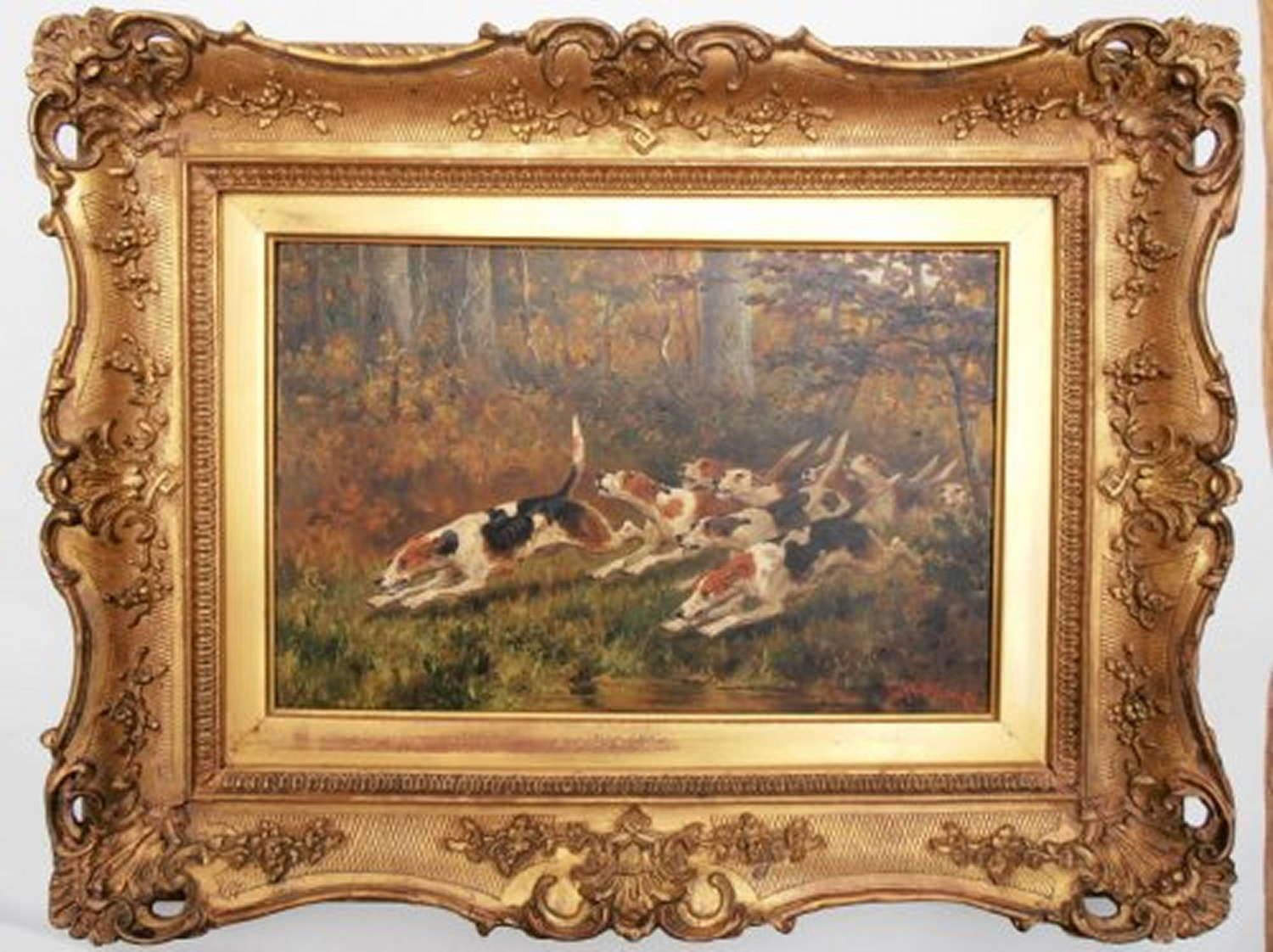 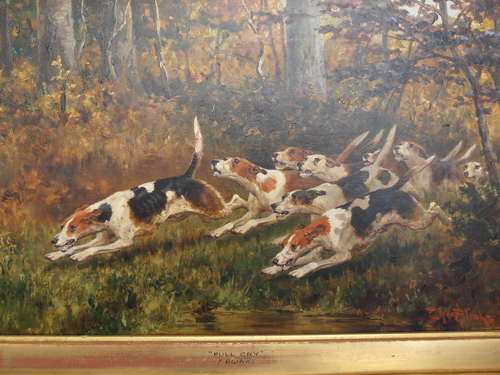 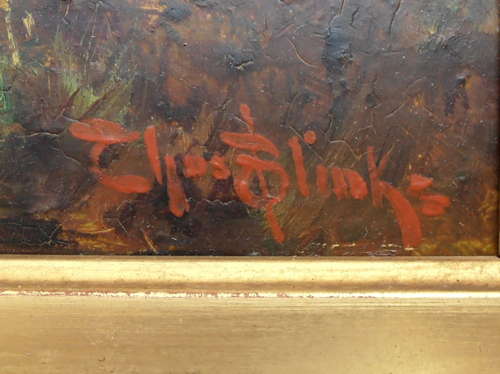 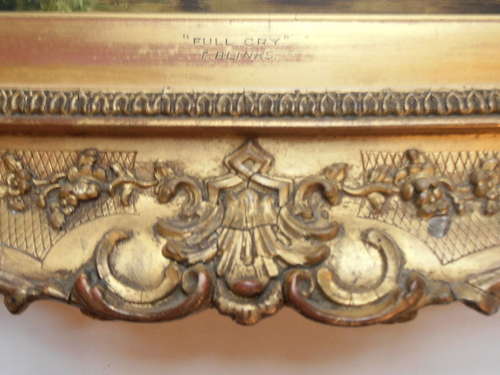 Thomas Blinks 1860 Maidstone, England – 1912 London, England) was a pre-eminent animal and sporting painter and thrived at the turn of the nineteenth and twentieth centuries. He was talented at capturing the movement of animals; the play of muscles of horses and dogs being a speciality. Working in oil and water-colour, his pictures show the viewer that Blinks had a strong understanding of horses and hounds. Freedom of brushwork and a polished finish helped to make Blinks' works highly successful. Blinks' works were first seen in London at the Dudley Gallery in 1881, then at the Royal British Academy in 1882, and at the Royal Academy and Royal Institute of Oil Painters the following year. His hunting and racing pictures were frequently exhibited at the Royal Academy. He was commissioned to depict King George V when he was out hunting. Eighty of Blink's works were so popular that they were reproduced in print form, some being engraved by J. B. Pratt. He was considered the best 'Hound' painter of his era and this is particularly evident in this outstanding painting. Picture not currently held in showroom, so please call if wishing to view and we can take to showroom or show privately. A very similar painting , almost exact and similar size was sold as 'On the Scent' by Christie's New York, Rockefellar centre on 12th January 2006 for $21,600.