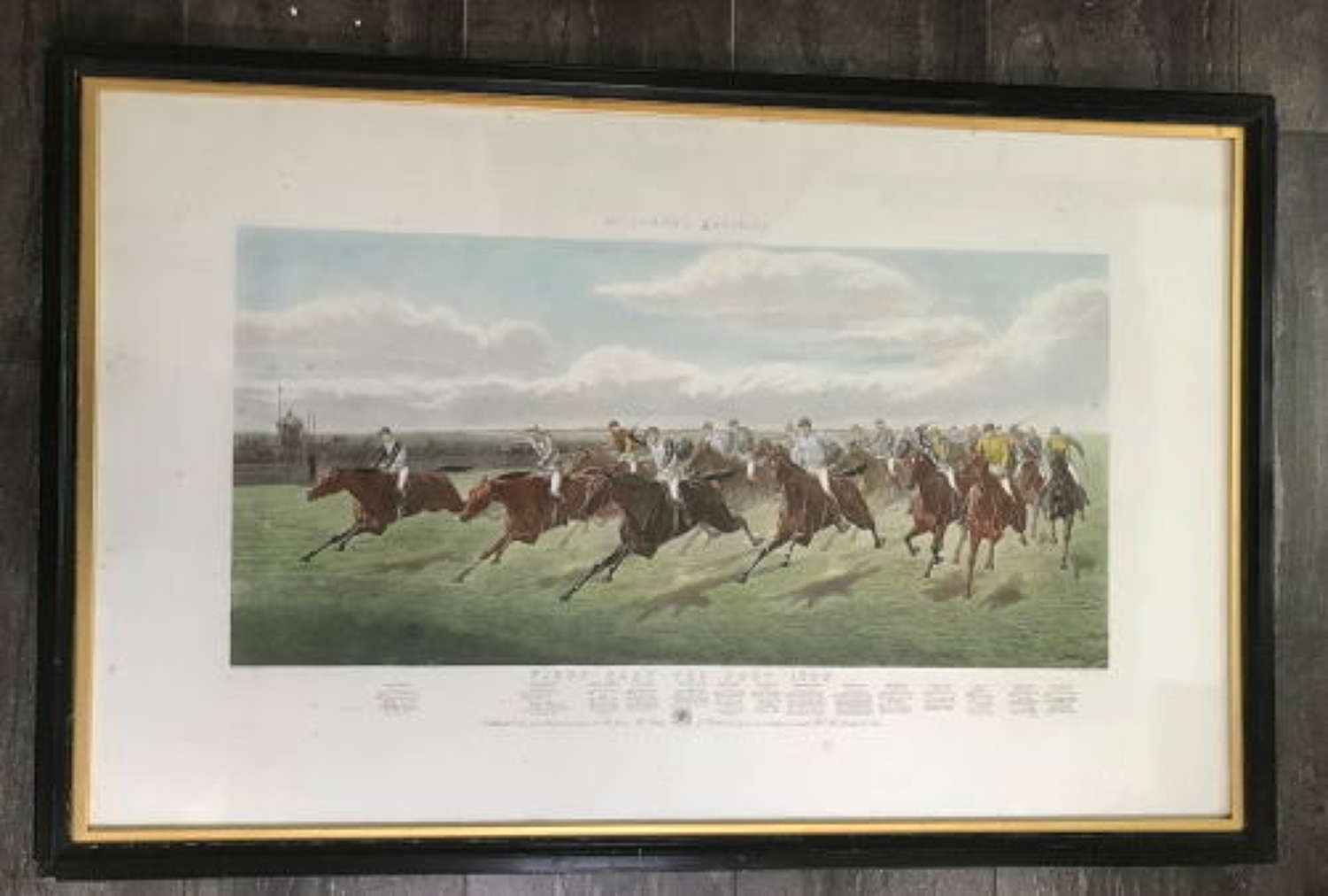 After Harrington Bird - Print dated 1889 - First Past The Post - Featuring the best horses of that year including the great Derby winner Donovan. A very Large Print

Engraved by C R Stock and Published by McQueen with stamp. Small amount of foxing and could be reframed all reflected in price

Bird was educated in London and studied at the Royal Academy. In 1875, he went to Montreal and served as Director of Art on the Board of School Commissions. In 1880, he joined the Royal Canadian Academy as an Associate Member and exhibited there. He returned to London in 1885, and remained there for the rest of his life. Between 1870 and 1893 he exhibited his work at the Royal Academy and at the Royal Society of British Artists on Suffolk Street in London. There were many prints published after his paintings. He signed his works Harrington Bird.