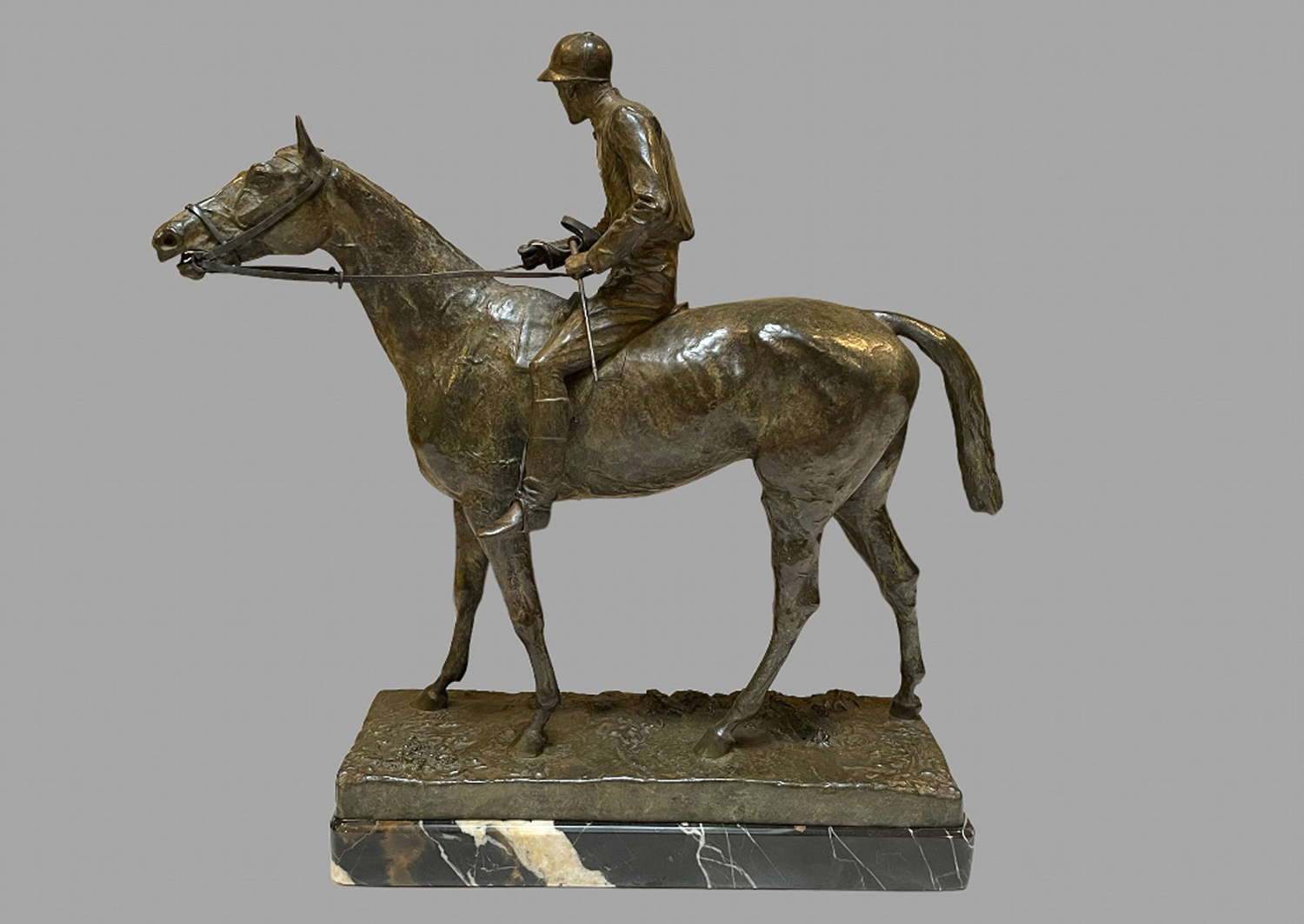 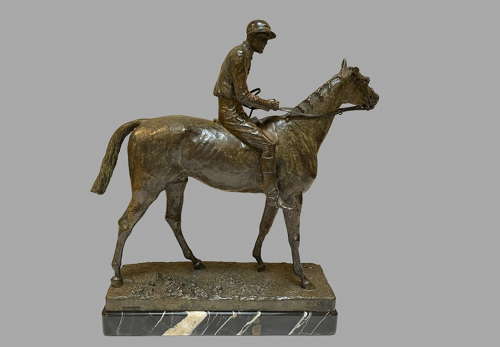 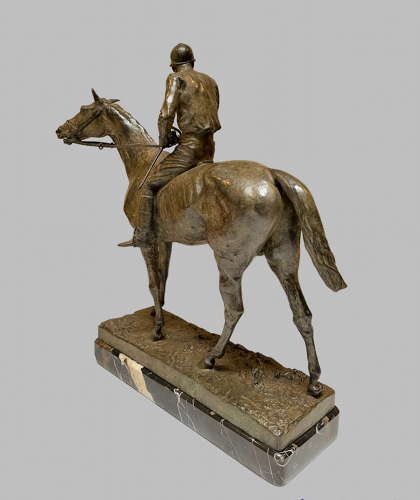 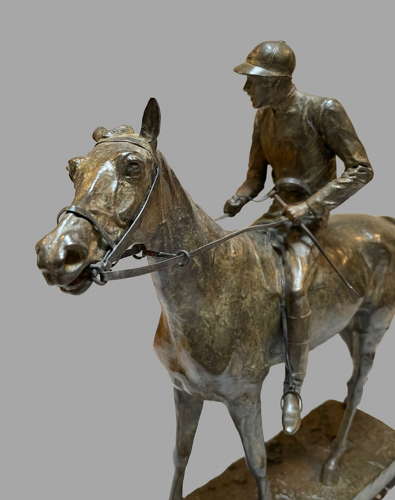 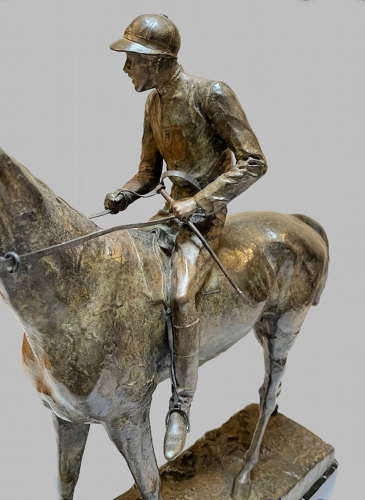 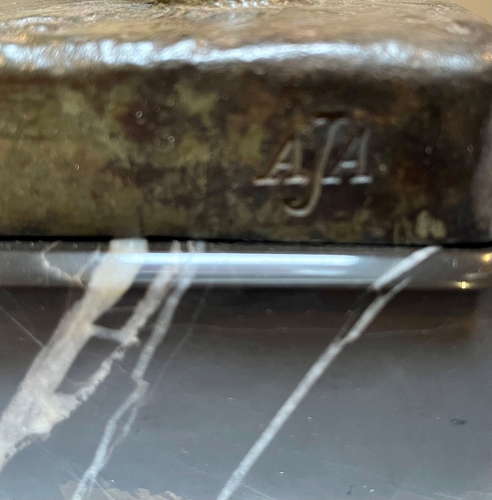 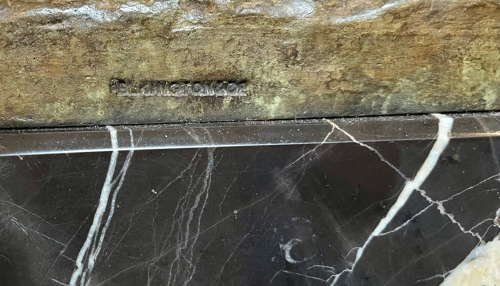 Adrian Jones (1845-1938) A patinated bronze figure of Fred Archer on Ormonde. Mounted on a Portoro Nero marble base. Incised marks on the base - Elkington & co for the foundry and AJA (monogram for Adrian Jones)

Adrian Jones was a British sculptor and painter who specialised in the depiction of animals, in particular horses. Born in Ludlow, Shropshire, he studied at the Royal Veterinary College, London and in 1866 he qualified as a veterinary surgeon. The following year he enlisted in the Army as a veterinary officer in the Royal Horse Artillery with whom he served between 1867 and 1890. After an illustrious military career, travelling extensively and serving overseas, Jones retired in 1891 with the rank of captain. By this time, he was already active as an artist, having exhibited at the Royal Academy as early as 1884. In 1891 he married and moved to 147 Church Street, Chelsea where he built an art studio in the garden.

In 1888 Jones received his first formal commission, to sculpt the outstanding racehorse Ormonde, a triple crown winner, from the Duke of Westminster. He sculpted the horse with Fred Archer up. The quality and success of this first commission ensured that he attracted the patronage of other horse owners and he became nationally renowned as an equestrian sculptor of some of the Turf’s greatest racehorses. His training as a veterinary surgeon gave him a deep knowledge of equine anatomy which he used in his work with great success.

Throughout the course of his artistic career Adrian Jones undertook many public monumental commissions, most notable of which is perhaps ‘Peace descending on the Quadriga of War’, on top of the Wellington Arch at Hyde Park Corner in London