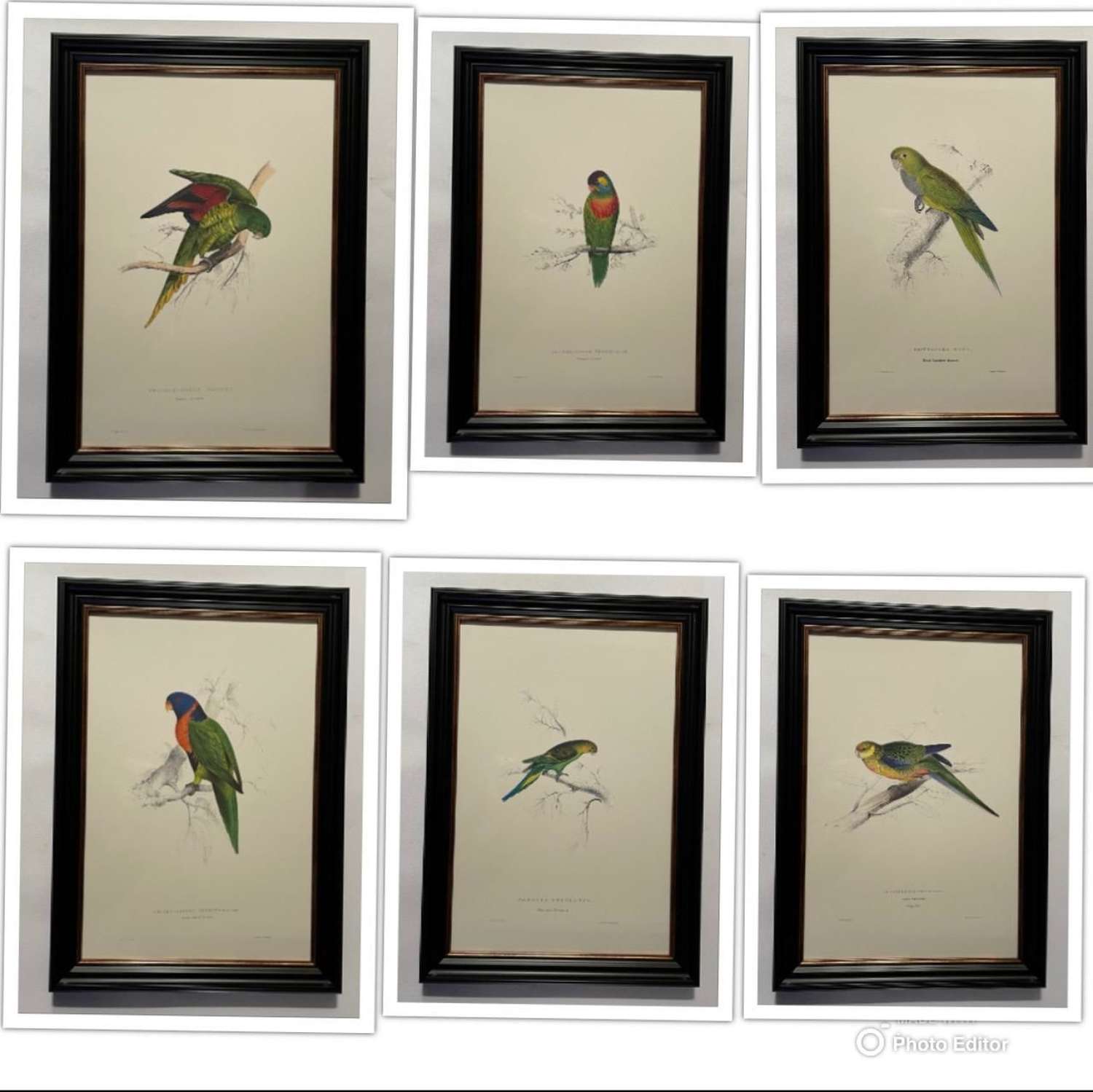 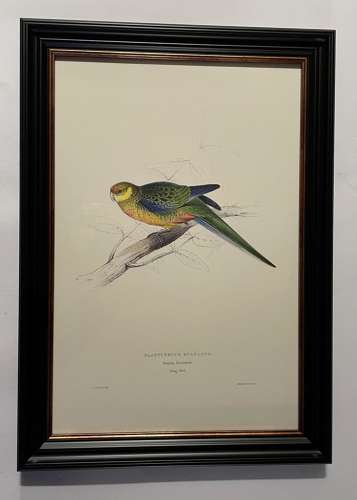 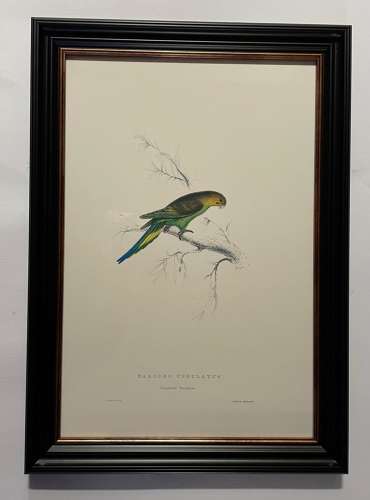 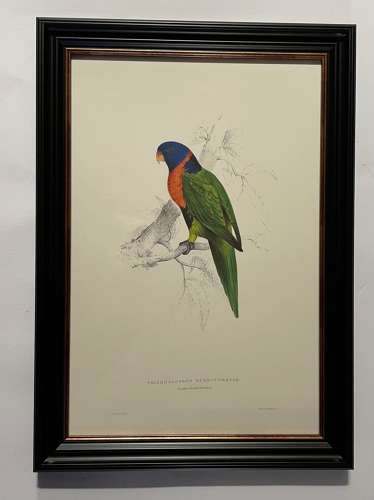 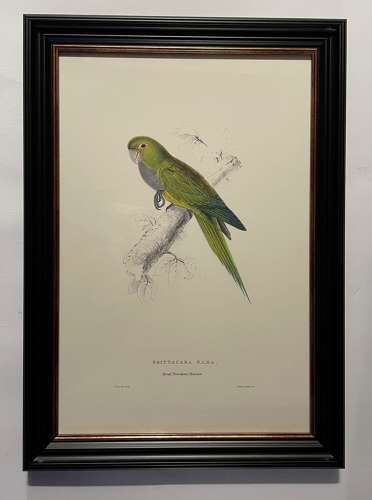 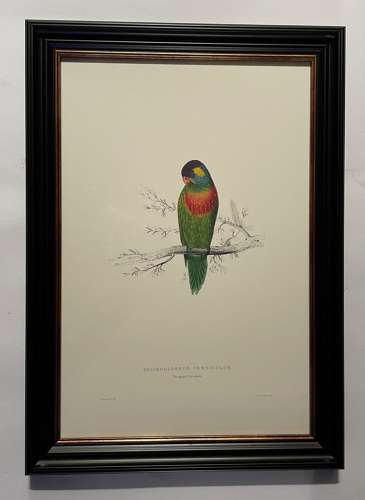 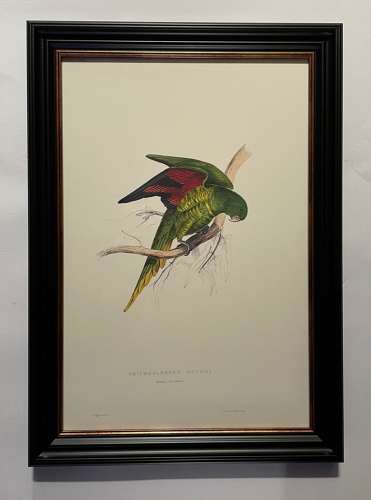 Edward Lear (1812-1888) - Superb set of six mid 20th century hand coloured lithographs of Parrots. Originally produced by Edward Lear in the 19th Century in a limited edition of 175 sets of 42 Lithographs and sold by subscription to Britain's most eminent scholars and wealthy collectors of living parrots Unlike other avian illustrators who often worked with stuffed birds, the young and prodigiously talented Edward Lear made his drawings from live parrots, capturing their expressions and movements in remarkably lifelike illustrations. "The Psittacidae (The Parrots)" established Edward Lear as a celebrated illustrator and Professor of Drawing to the young Queen Victoria. A further Set of Six (H) is available and is on this site.