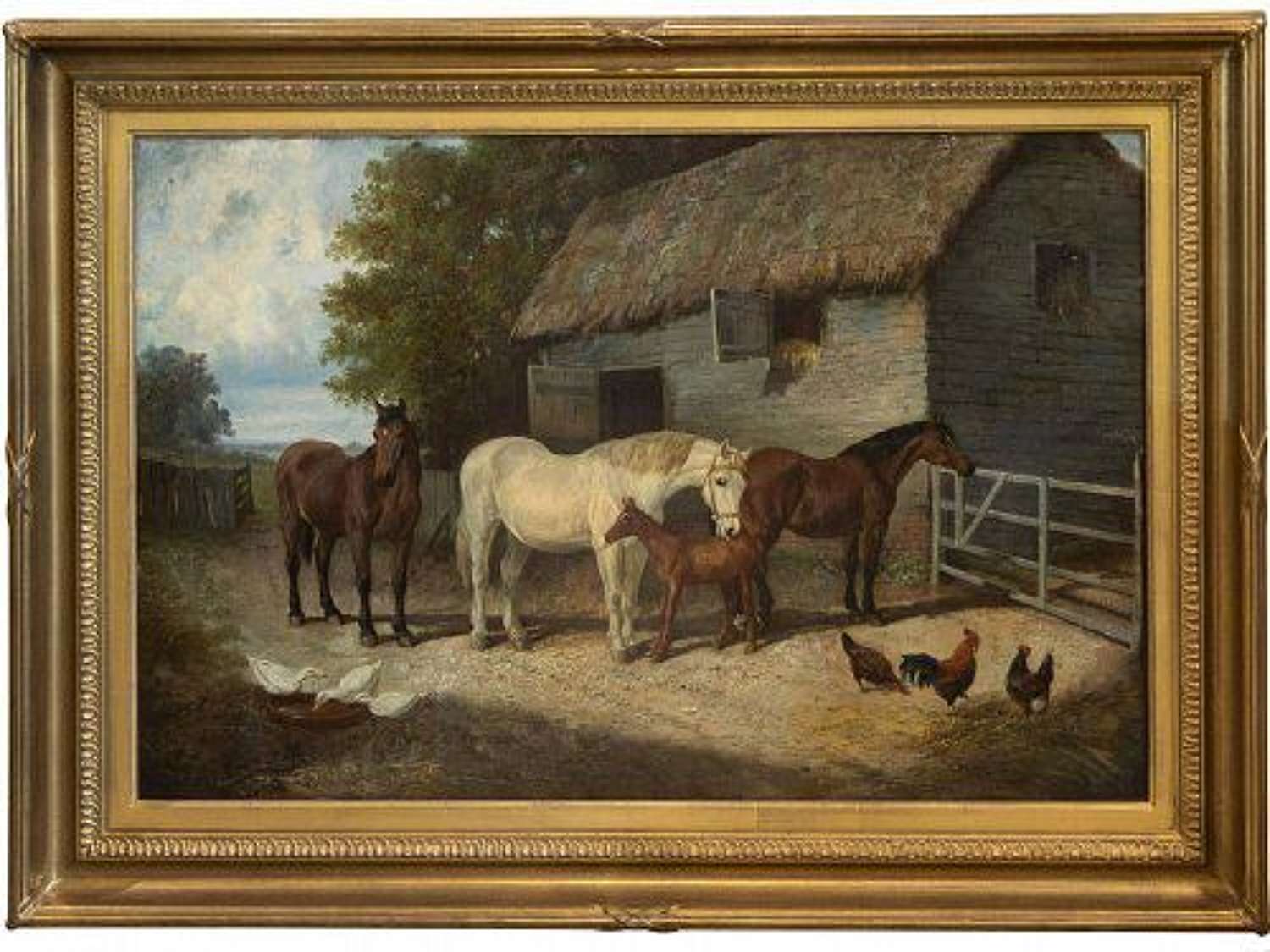 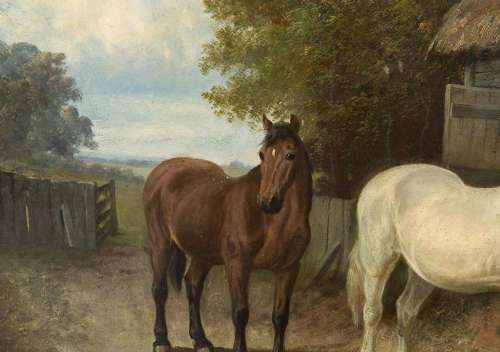 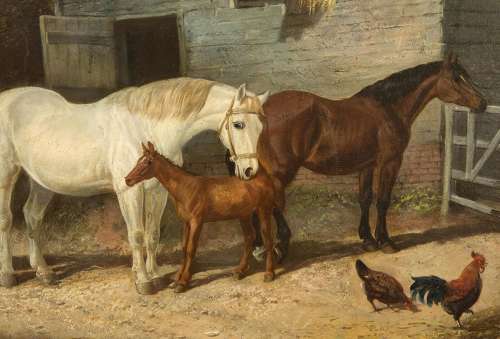 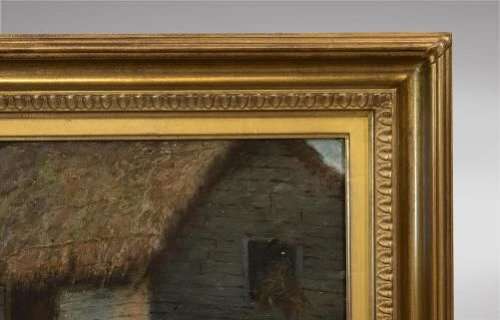 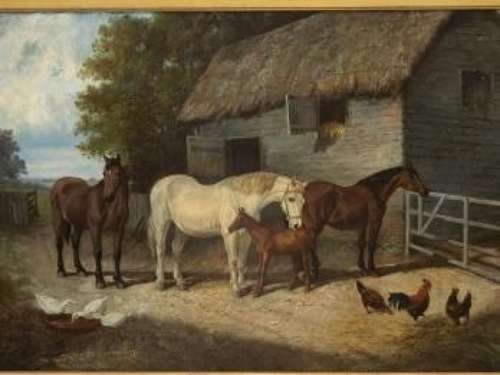 Samuel James Clark (aka Samuel Joseph Clark) was born 26 April 1841, the first son of animal painter James Clark and his wife Elizabeth (nee London). He was baptized at St. John the Baptist, Hoxton, on 27 March 1842.

Samuel spent his early years living in Hoxton and learning to paint from his father. He is first noted as "animal painter" on the family's census record of 1861. Early on in his career he began painting the farmyard scenes and country landscapes with working horses for which he has become so well-known. Many of his pictures show he was greatly influenced by the work of J F Herring. He used a variety of signatures, including S Clark, S J Clark (often with the J running down through the S), Saml. J Clark and S Jas. Clark. It is thought that the latter is the cause of auctioneers' assumption that his middle name was Joseph, since a smudgily-painted Jas. could easily be mistaken for Jos. In 1863, at the age of 21, he married Maria Jane Thornton at St Mark's church, Myddleton Square, Islington. They had three sons, Claude, Ernest and Cuthbert, and three daughters, Kate, Maud and Lilian. The family lived at many different addresses in London over the next thirteen years, moving from Islington to Chelsea, Hampstead, Balham, Streatham and Brixton before finally settling back in Islington around 1880. Samuel taught his sons to paint and also to play the violin. Cuthbert attended the Guildhall School of Music and went on to become a composer (under the names Cuthbert Clarke, Elric Olsen and Cyril Claude MacKenzie) and musical director of the Empire Theatre in Leicester Square. In the late 1890's Samuel abandoned Maria and set up home with a young mistress, Sophia Mabel Cooke, who was 32 years his junior. Samuel taught her to paint and she usually signed her work as Mabel Trafford. They lived in Tottenham and called themselves Mr and Mrs Clark Trafford, completed census forms in this fictitious name and registered their two daughters, Betty and Jessica, and son James as Clark Trafford's. There are no records of Samuel painting under this name, and he continued to register as Samuel James Clark on the electoral roll. It is thought that Samuel also had an earlier mistress, during the late 1870's/early 1880's, with whom he fathered another three illegitimate children: Henry, Florence and William. Like many other members of his family, Samuel does not appear to have exhibited with any of the major art societies. Some of his canvases bear the mark of London art materials supplier and picture dealer Arthur Rayner. From 1905 he is known to have sold his paintings through an auctioneer named James Lawrence Castiglione, who traded under the name of The London Fine Art Company. In 1912 Castiglione was charged with perjury and Samuel spoke as a witness at his trial* at the Old Bailey:

"Samuel Clark, 8 Beresford Road, Harringay, artist in oils. I have been a landscape-painter for 50 years. I have painted pictures for [Castiglione] and have sold him 20 to 25 in a year, the price varying from £1 to £15, averaging about £5 a picture." He went on to talk about his half brother James Albert Clark who worked as a picture restorer for Castiglione. During cross-examination Samuel continued: "My father was a well-known animal painter. I have painted several pictures for the Prince of Teck. [Castiglione] has always acted honourably towards me; I looked upon him as a friend as well as a patron. He has never asked me to sign anyone else's name to a picture or to make any false representation of any kind. I have received 100 guineas for a picture. [Castiglione] has paid me as much as £20 for a picture."

Samuel's partner Mabel died of breast cancer in 1914. Samuel continued to paint and employed a house-keeper named Mary Burlton to care for Betty, Jessica and James. Samuel died at his home, 16 Vincent Road, Tottenham, on Guy Fawkes night 1928. He was aged 87.