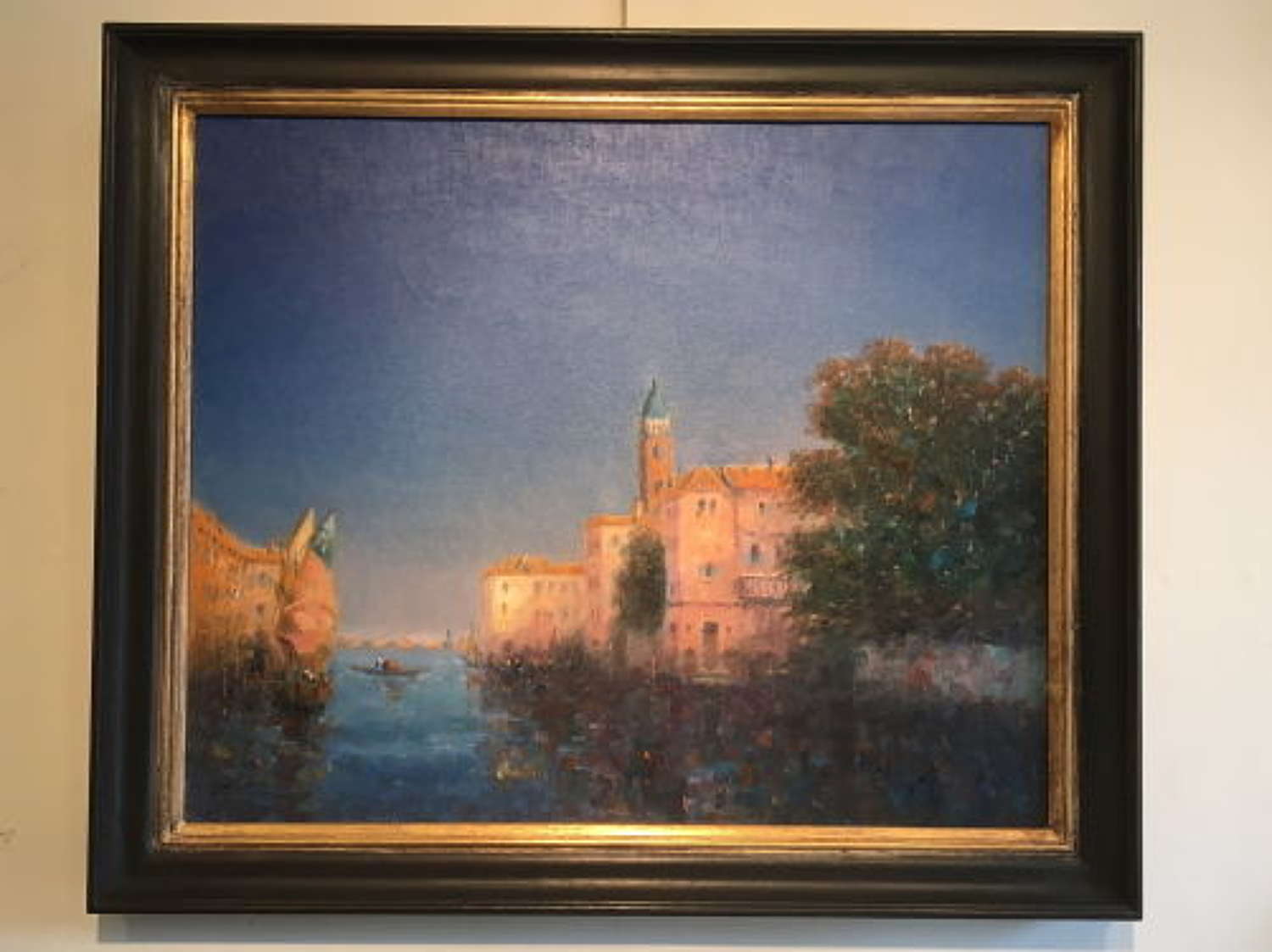 The Hungarian uprising in 1956 precipitated Laszlo's bid for freedom and safety in England at age seventeen. On his arrival in England, Ritter struggled to achieve recognition as an artist, spending much of his free time in galleries studying the Masters and their techniques. Slowly, his work started to achieve wider recognition and commercial success, allowing him to become a full time professional artist in 1976. Laszlo Ritter was a self taught impressionist painter following the old masters for deriving his own style. The most striking feature of Laszlo's work is its joyous spontaneity. Each painting draws the viewer into a perfection of colour and tone, successfully mixing the dreamlike and the realistic, heightening and enriching each subsequent viewing. Like the majority of Impressionists, Ritter derives most pleasure from schemes of cobalt blue, cadmium red and yellow.

Laszlo Ritter truly blossomed into a living Master with serious collectors seeking out his works from around the world. Sadly, Laszlo died a few years ago and his paintings are now becoming both rare and collectable.

To paint like this man, one would be born with a natural karma which he no doubt had. Laszlo lived in Lostwithiel, Cornwall for many years with his wife and two sons; from here derived his masterful skills for painting. Laszlo was a quiet man, hence the media did not make a meal ticket of him like the extrovert Robert Lenkiewicz. If this was the case his name would have been up in lights a long time ago, although recognition was received with television appearances presenting Angela Rippon with a portrait of herself. There were also a prolific amount of prints produced of the French riviera manufactured by Felix Rosenstieils,one of the largest print industries in the world recognised for their top choice of artists.

Laszlo brushed shoulders with many famous people, for his travels led him in many parts of the world on a route of destiny. These people include fellow Hungarian Tony Curtis who is also a practising painter living in Hawaii. Rod Stewart, Michael Caine and Mohamed Al-Fayed were also known to have owned large canvases purchased through Harrods super store in London where Ritter was known to have displayed his works for some ten years. The mall gallery and the marble arch gallery in London were also known to have displayed large fine works by Ritter. Given Ritter was extremely well travelled following the old masters to capture the light and composition many more works were exhibited throughout many European galleries,thus attracting many collectors and art dealers from around the world.