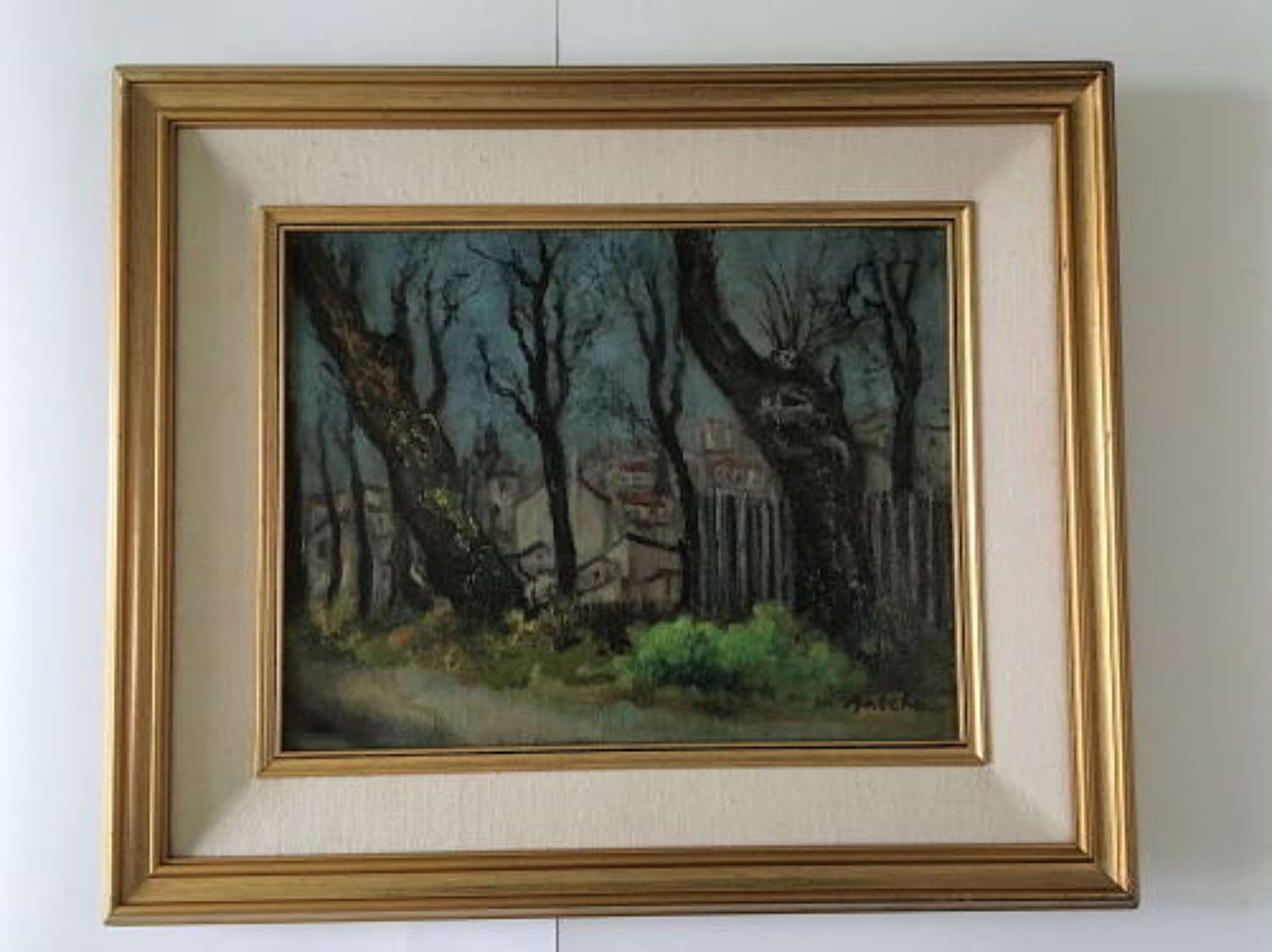 Isaac Antcher (Ancer) 1899-1992 was born to a merchant family in Perececina, Bessarabia, near Kichinev in 1899, He started drawing at a very young age, and his artistic giftedness was visible from his early years.

In the 1920’s a young and fresh Antcher left Romania for Paris to join his brother in Calais, France. He later began studying under Raban at the Grand Chaumiere. Anchter’s talent was discovered and acknowledged a year later in Paris, at the Beaux Arts, where he studied. His teachers included Cezanne and Pissaro, who were both very fond of him. At one point, he was taught by Abel Pann, Boris Shatz, and Raban at the Bezalel art school, in Jerusalem.

Antcher married Fela Ber in 1926. Soon after, he displayed his art at the Salon De Auntonne and the Salon des Tuileries, where he proved to be a great success. His paintings were always in demand and he showed at all the main salons in Paris. His popularity continued to grow, and in 1927 he was convinced by the admission committee at the Salon d’ Automne to sell the rights to his work to Lepold Zborowski, a respected and famous art dealer in Paris. Antscher was the youngest of the group of artists, including Utrillo, Modigliani, Soutine, and Kisling, who were promoted by Zborowski. At this time, another famous collector, Jonas Netter, who also collected Modigliani, began to collect his works as well.

His style portrayed the sadness of the East European exiled painters of the Ecole de Paris, but his work retained sensitivity to detail and space. He focused on many landscapes and flowers.

He painted consistently and obsessively until he passed away in Paris on April 21, 1992.