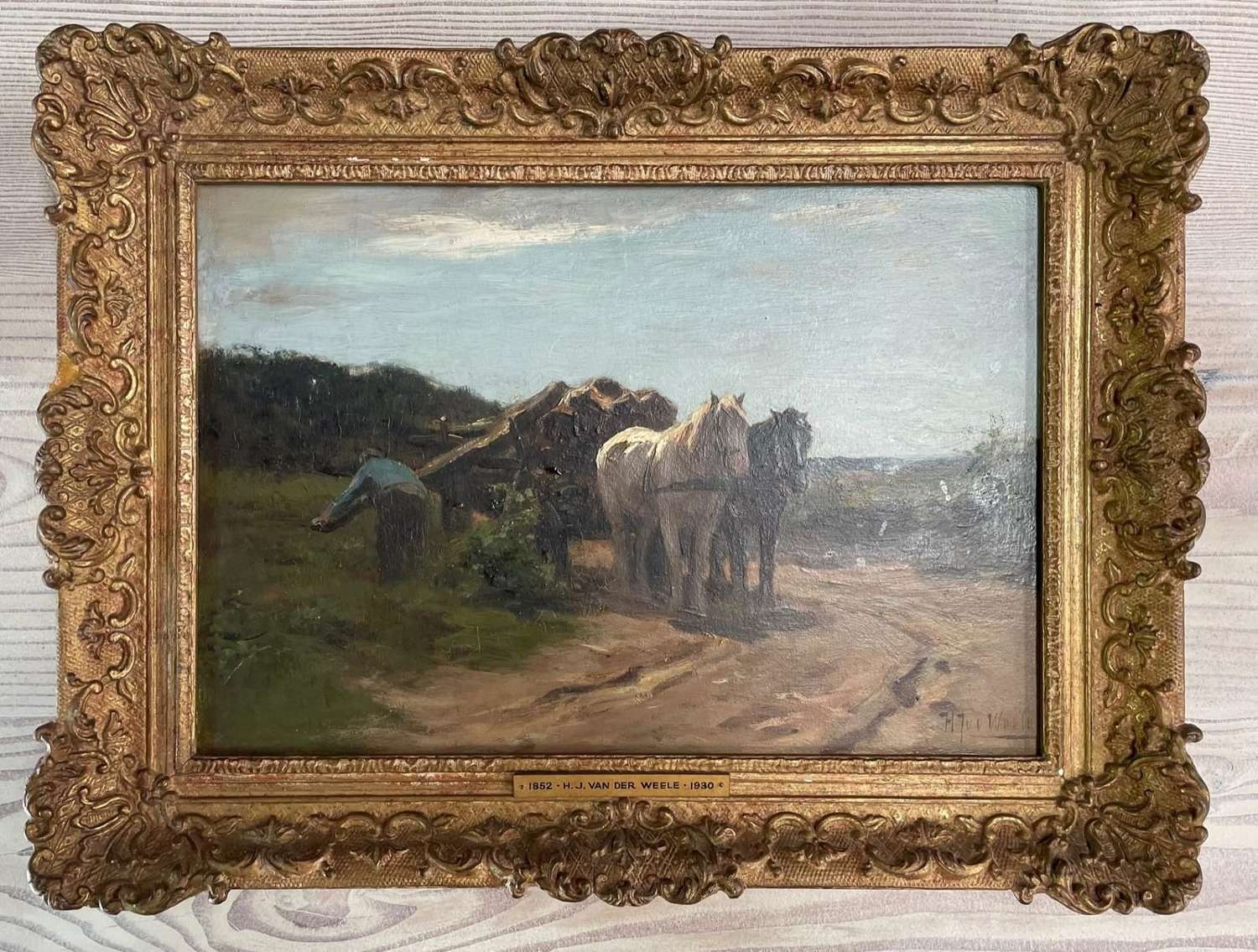 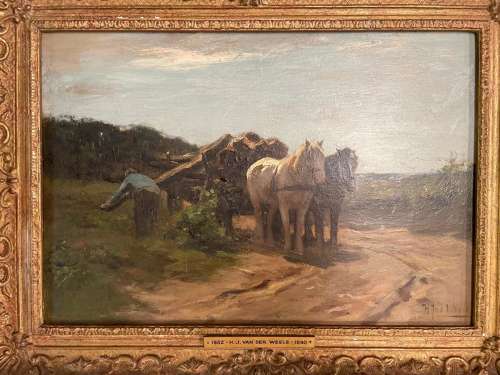 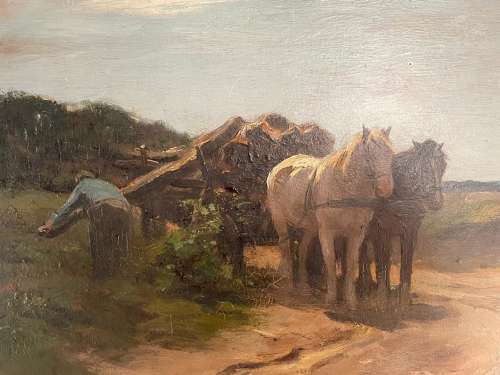 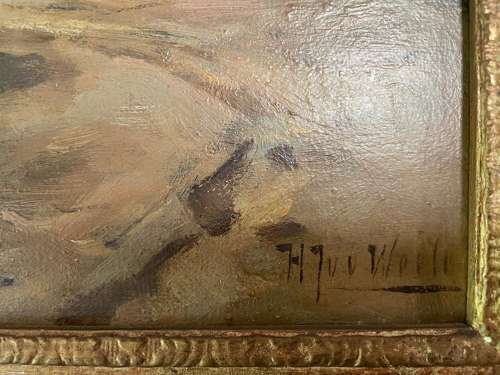 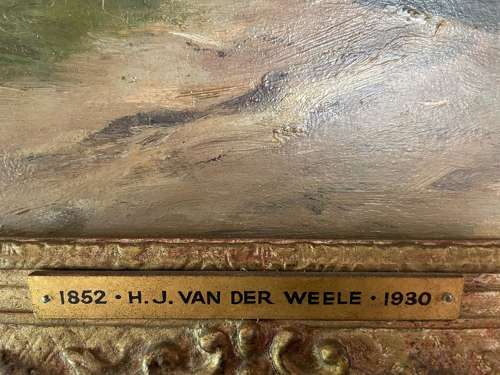 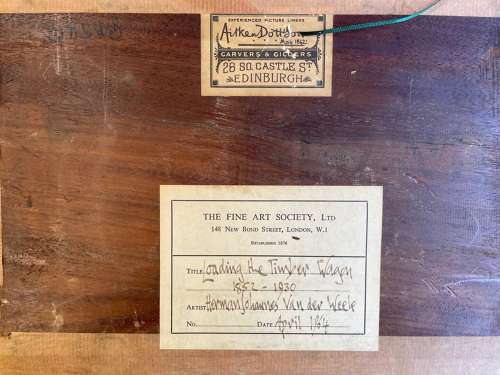 Herman Johannes van der Weele 1852-1930 was a Dutch painter of the Hague School, the group of artists who lived and worked in The Hague between 1860 and 1890 and whose work was heavily influenced by the realist painters of the French Barbizon school. Van der Weele moved to The Hague when he was twenty and became a student of the Art Academy The Hague. He received advice from Johannes Bosboom and Anton Mauve, who’s influence can be seen in his work. Van der Weele mainly painted landscapes, genre scenes and animals. He was a member of the artist association Arti et Amicitiae Amsterdam. He was a close friend of George Hendrik Breitner, who dedicated his ‘Self-portrait with Lorgnette’ to him