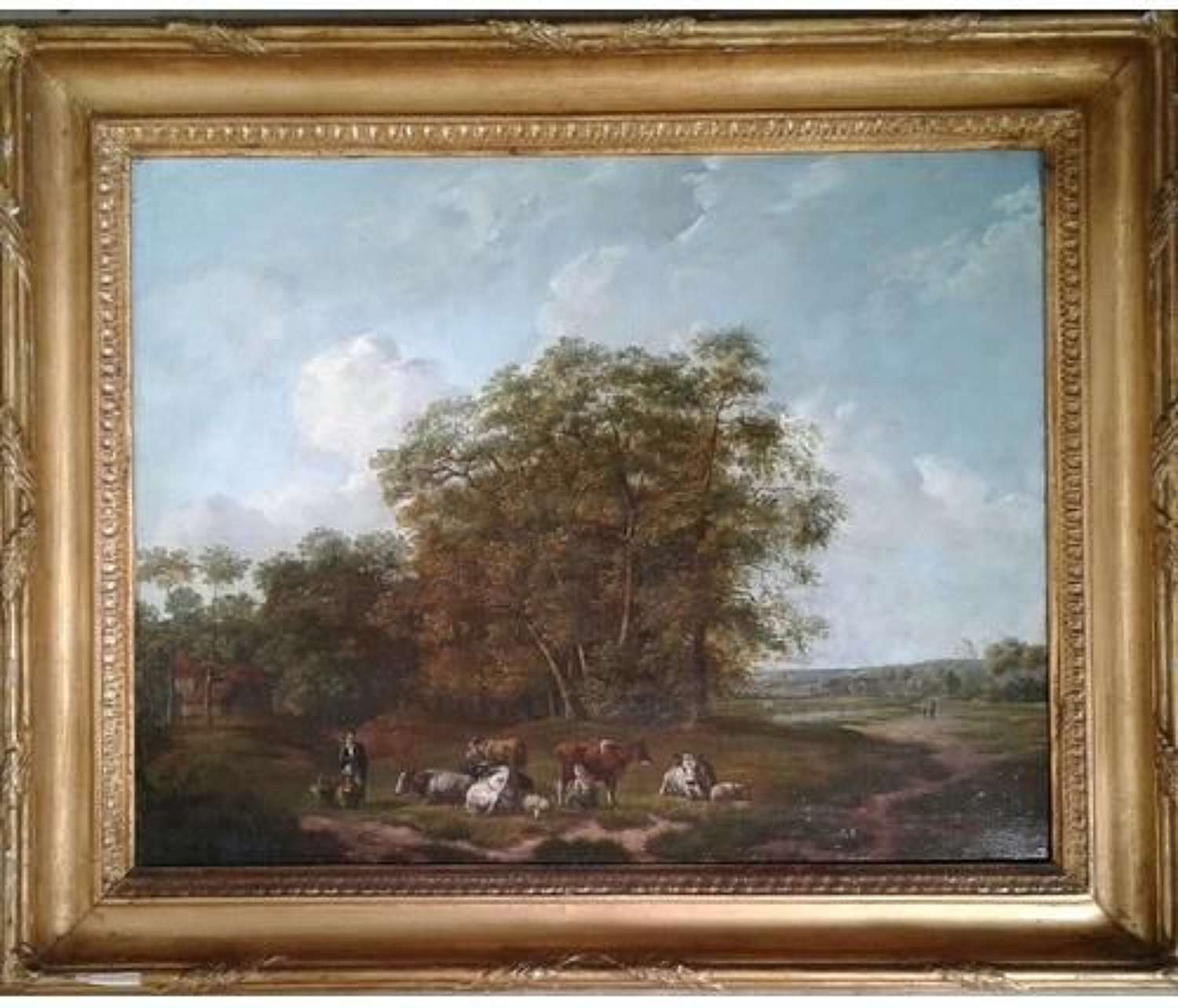 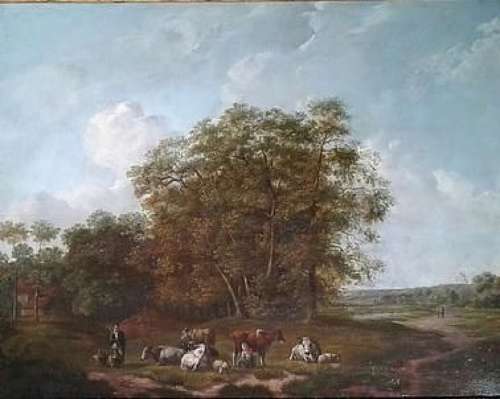 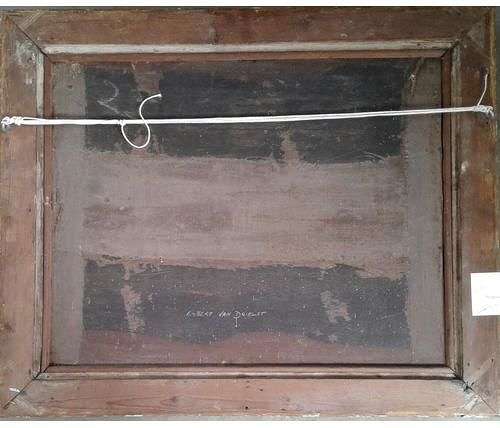 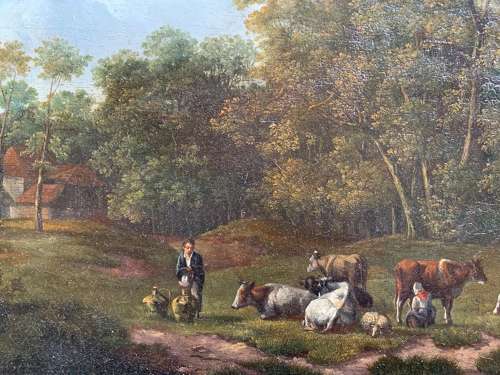 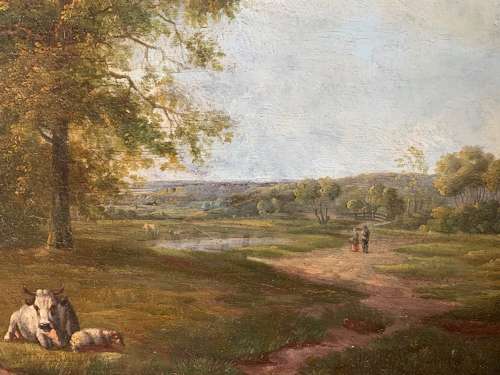 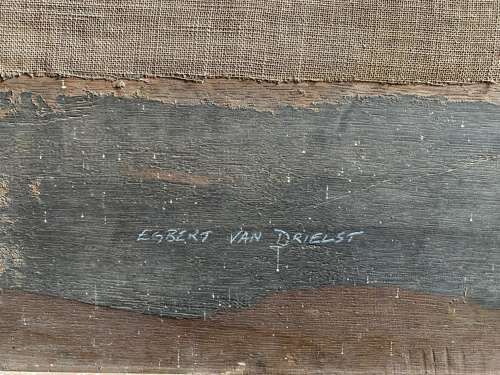 E Van Drielst, a 19th-century oil on panel landscape with trees, cattle, sheep, and figures, unsigned, name on the back of the painting

Egbert van Drielst was initially trained as a scene painter in Haarlem. In the 1770s he turned his attention to landscape painting and moved to Amsterdam, where his artistic development was influenced by his friend and fellow painter, Jacob Cats. In Amsterdam, van Drielst took an intense interest in the work of 17th-century Dutch masters such as Jacob van Ruisdael, Jan Wijnants, and, above all, Meindert Hobbema, which later earned him the nickname "Drenthse Hobbema". He attempted to enhance his skills by studying directly from nature and learning the techniques employed by his famous predecessors. Van Drielst was the first artist of his generation to regard the picturesque landscape of the thinly populated northern Dutch province of Drenthe as worthy of depiction. He consequently undertook many journeys there between 1772 and 1795. In contrast to many draughtsmen of the previous generation, van Drielst was concerned less with topographical accuracy and more with the convincing reproduction of light and atmosphere. His landscapes are filled with a great deal of poetic atmosphere, revealing a new sensitivity to nature.