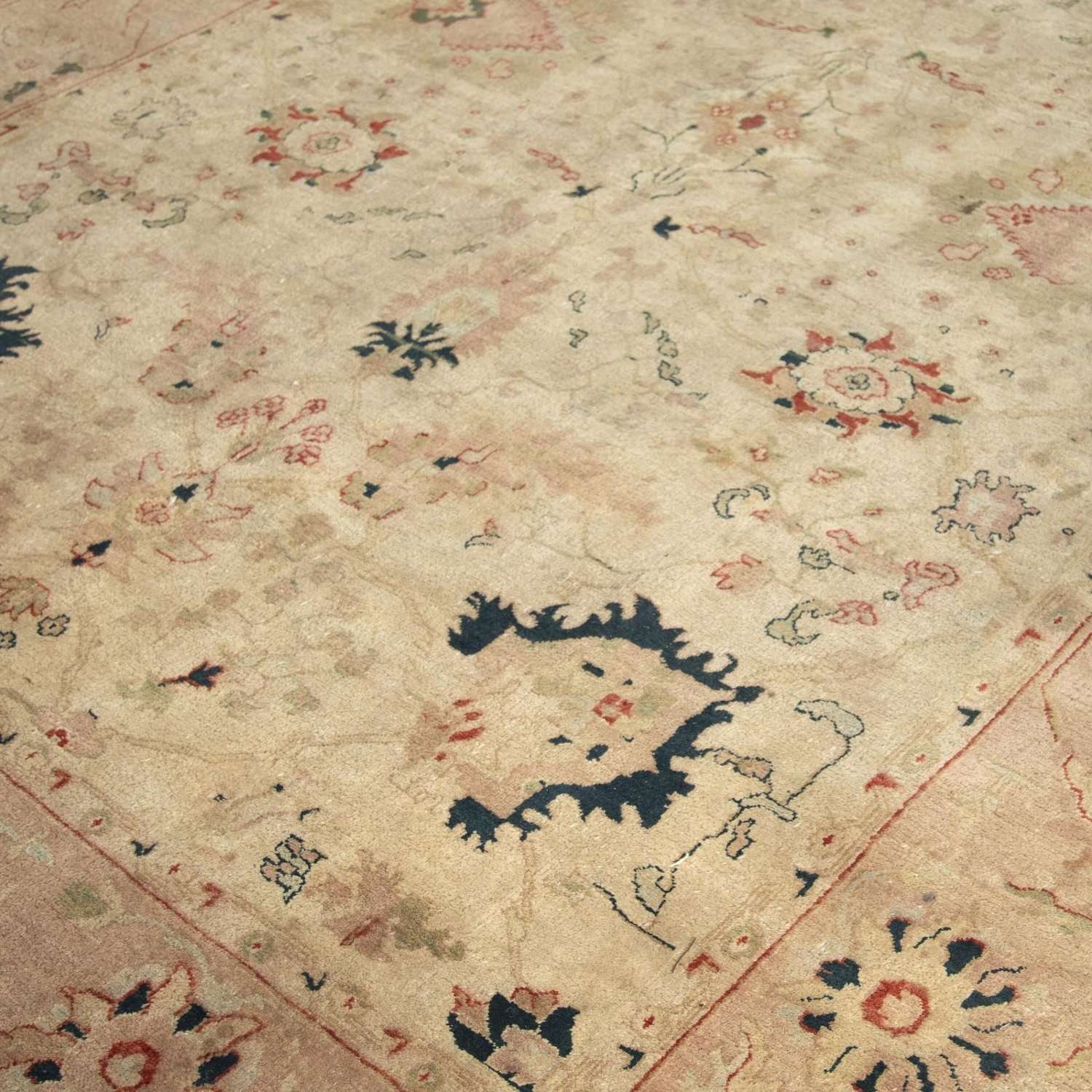 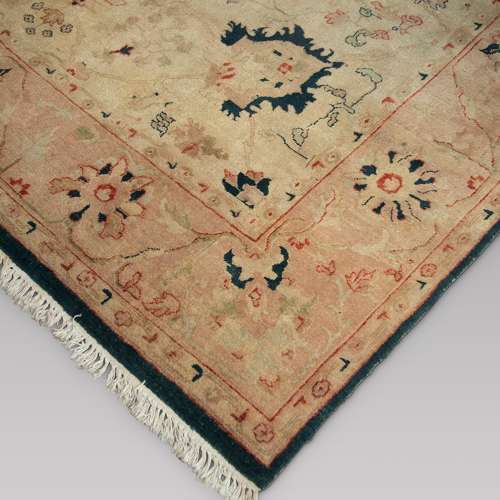 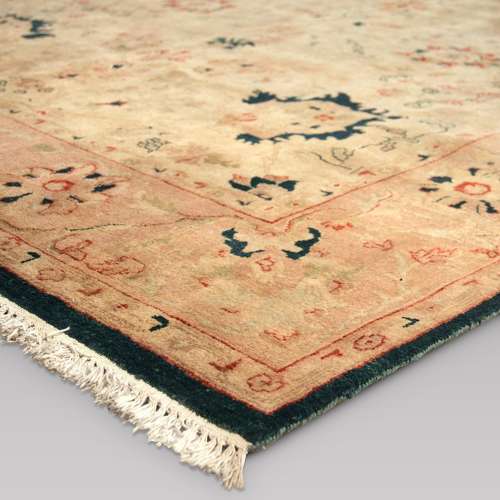 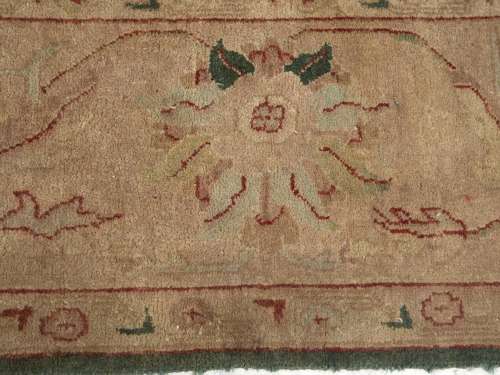 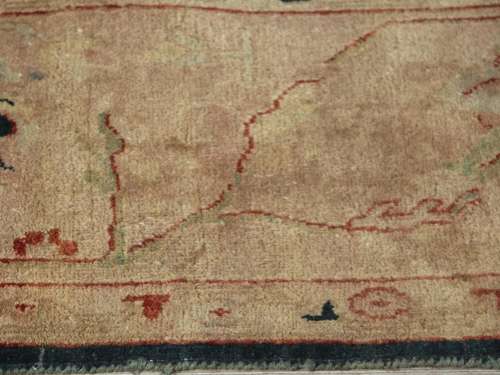 Indian 20th Century carpet. This carpet would have originally have come from a large Country House but would have been bought back from India during the mid to late 20th Century. It has a variety of colours throughout, including pale creams and navy blues. The colours are highlighted by the large floral motifs.